The basic property of connector can be divided into 3 categories: mechanical , electrical  and environmental  property.

Another important mechanical property is the mechanical life of the connector which is actually an example of durability.  It is referred to as mechanical operation from the national standard GB5095 based on a cycle of one insert and one pull-out to judge whether the connector can normally complete its connection function (such as contact resistance value) after the specified plug-in and pull-out cycle.

(2) the insulation resistance measures the insulation performance between the contact parts and the shell, the magnitude is hundreds of MΩ to thousands of MΩ.

For RF coaxial connectors, there are also characteristic impedance, insertion loss, reflection coefficient, voltage standing wave ratio (VSWR) and other electrical indicators. Due to the development of digital technology, in order to connect and transmit of high-speed digital pulse signals, a new type of connector appears, namely high-speed signal connector. Correspondingly, in terms of electrical performance, in addition to characteristic impedance, there are also some new electrical indicators, such as crosstalk, transmission delay, and time delay.(SKEW) etc.

(2) Moisture -- the invasion of moisture will affect the connection  insulation and rusting metal parts. The constant humidity and heat test conditions are 90%~95% (up to 98% according to the product specifications),  and +40±20℃, and the test time is at least 96 hours according to the product regulations.  Alternating the heat and humidity tests to specific requirements are more rigorous.

(3) Salt spray  -- connector in the normal environment containing moisture. Salt, metal parts, contact parts surface treatment layer may face to electrochemical corrosion which affecting the physical and electrical properties of the connector. In order to evaluate the electrical connector's ability to withstand this environment, salt spray tests are prescribed. The connector is suspended in a temperature-controlled test chamber, ejected with compressed air with a specified concentration of sodium chloride solution, forming a salt fog atmosphere, and its exposure time is stipulated by the product specification with at least 48 hours. 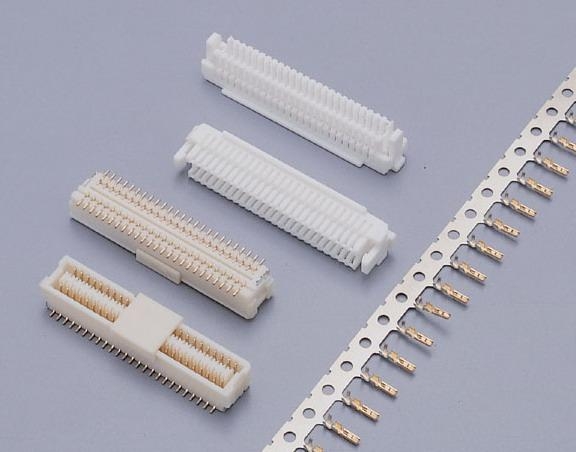